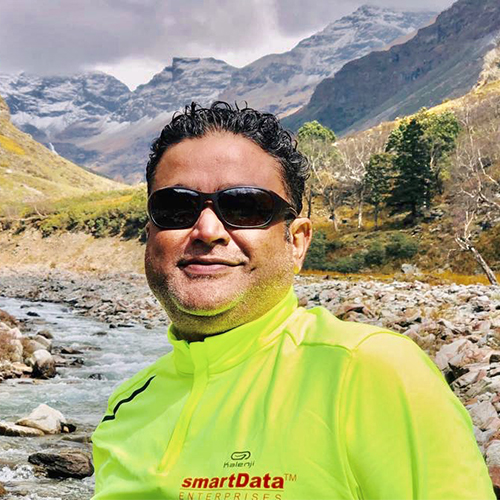 Ajay Tewari, Chief Executive Officer, earned his B.Tech HND from Marine safety Agency UK and Bachelor of Nautical Sciences from Bombay University, India. As an alumnus of T.S.Rajendra, he has served international shipping companies for 11 years before he kick-started his entrepreneurial journey with smartData as it’s co-founder in 1999. He worked in the capacity of VP Operations and initially sales was his forte. He was given the charge of smartData in 2004 as its CEO and under his leadership the organization has grown from 50 employees to more than 850 employees today. He has played a key role in expanding smartData sales, traveling frequently to US, UK, and Australia to meet global clients. His proactive people management and inclusive leadership style make him a favorite amongst his team. Ajay is a very well read person and his command over his subjects is impeccable.

He has also served as the President of TIE Chandigarh Chapter for 2015-16 term and is one of the founding members of the group & regularly mentors budding entrepreneurs. He is an avid sports lover and follows all sports closely – cricket being his favorite. He is an active trekker and has successfully scaled Everest base camp twice, Kanchenjunga base camp & recently Rupin pass to name a few.