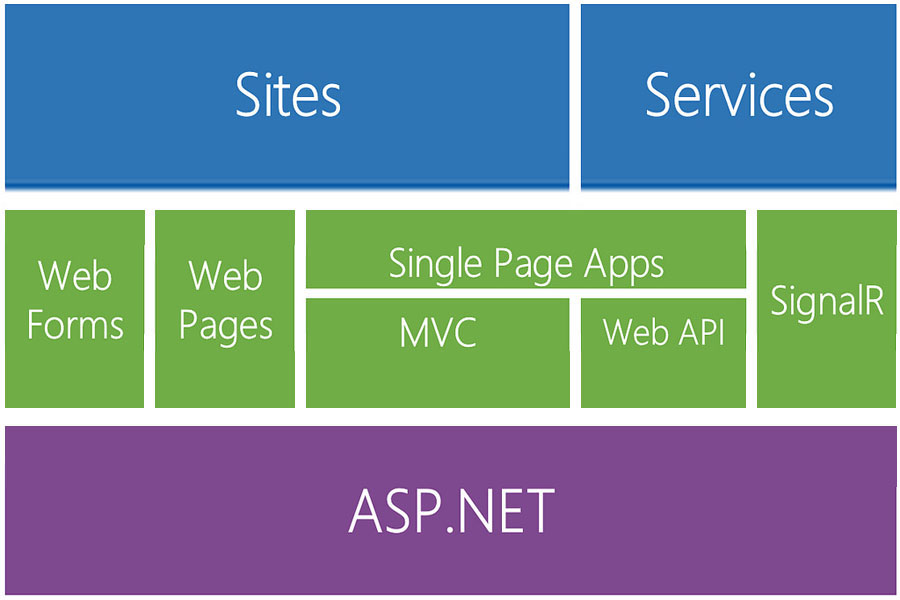 This means you can use in ASP.NET MVC applications the same APIs for security, state management, membership, caching, and so on that, you could use in traditional ASP.NET Web Forms applications.

In the ASP.NET MVC world, many improvements to ASP.NET have been included in the framework itself. The main purpose of this design pattern is to isolate business logic from the user interface in order to focus on better maintainability, improved test-ability, and a cleaner structure to the application.

Every ASP.NET MVC application has three core parts: a model, views, and controllers. In short, the model consists of all the classes that handle data and business logic. Data processing using model classes is initiated by the controllers that are in charge of user requests. Once the data processing is complete the controller creates a response to the user by sending the results to a View who then produces HTML to be rendered in the browser.

When to Use ASP.NET MVC

ASP.NET MVC has certain capabilities that make it the best option to choose if you need one or more of the following:

Compared to Web Forms, ASP.NET MVC applications benefit by including all ASP.NET core features but also by the features in the MVC pattern. Some of those benefits are: