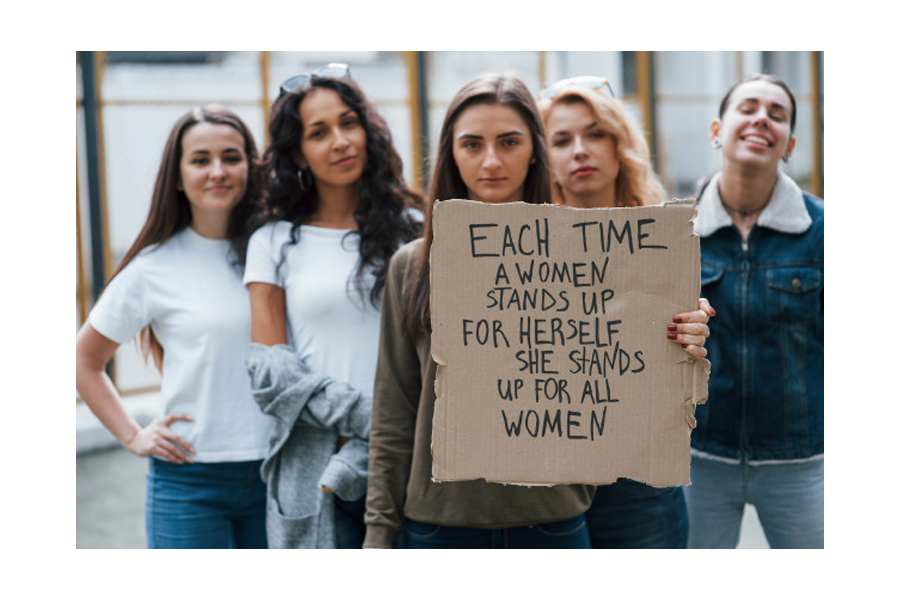 There is a Sanskrit shloka that says: “Rashtrasya Shrava Naari Asti, Naari Rashtrasya Akshi Asti” meaning woman is our tomorrow, a woman is the eye of the nation.

There’s no doubt that women held respectable positions in the early periods but during the times our nation was ruled by some other nations, the societal status of our women changed, and but this inequality just doesn’t exist in India rather exists globally.

2010 census says that women hold 50.8 percent of the total world population and yet they subject to face inequality you may ask really? Well, unfortunately, it’s true almost in every other field name it houses, offices, governments, politics, army, and where not there is an easily visible imbalanced ratio of women to men employees.

women play role in almost every field of society be it as caretakers, conscience, farmers, educators, and entrepreneurs. mother is the first teacher of a child, the future of the world. So if her role is actually a building stone for every activity that will impact society, the world at large, then how come they need to be empowered yet. to begin with, let’s name a few with Michelle Obama, Hillary Clinton, Rani Laxmi Bai, Oprah Winfrey, Kamala Harris, and needless to say our mothers.

What does empowerment mean?

Empowering women means emancipating them from various grips of socio-economic, political, caste, and gender-based discrimination. It means granting them the liberty to make life choices. It does not indeed mean to do the same work as men physically, as is misunderstood, as the physical makeup of both the sexes is made that way but to have freedom of expression would be to empower her, it would be to recognize her abilities and motivate and appreciate her for it.

Here in smartData, the value of “diversity” very aesthetically implies how women empowerment has been in its vicinity as more than 30% of the workforce is women, not only these women hold positions like VPs, directors, and coordinators walking shoulder to shoulder to men in the organization. By 2021 women will be 33% of the entire workforce. One of the first founding members is female, Ms. Archana Pandey associating with smartData for 21 years. Our Leadership team do comprise of some of the finest professional women in our industry. Their promising tenure, dedication, and loyalty to the organization are an inspiration and example for the youngsters and new joiners across the organization.

So, it wouldn’t be wrong to say that many stands are being taken on various levels globally to uplift women and give them the reverence and status they actually deserve, nevertheless, things are still not in place and much more needs to be done to break this vicious cycle prevalent since ages and to have organizations let them explore their potential by giving them power and recognition is one of the very valiant steps that will define the trajectory of the overall development of the world as a whole.